I understand many will make fun of its price and especially of the fact that, out of the box, you can’t actually use a 5.000 Dollars monitor, but to me this was the funniest announcement.

A few days ago, I wrote:

The thing I’m most excited about Monday’s event is the monitor: so little changes in that space, basically the only innovations were the 30” 2560x1600 Cinema Display 14 years ago & the 27” 5120x2880 introduced in 5k 🖥 5 years ago. Apple is the only driver for innovation.

Yes, I’ve seen those 21:9 monitors, but in 2019 non retina is not an option, and I find them ineffficient: the aspect ratio MS chose for the Surface Studio is much more suited to desktop application (ok, not Final Cut, but we’re not all video producers).

Apple delivered on all my hopes in a big, loud way:

All this comes with an unexpectedly high sticker price: $ 4.999 (more if you want the very futuristic matte option), plus $ 999 for an astonishingly beautiful stand that supports 90° rotation, or $ 199 for the Vesa mount. Why they didn’t include the Vesa mount in the box (which for a pro monitor would make absolutely sense to be the default) and avoid to be made fun of, I’ll never understand…

That’s a lot of money, certainly many, many times more than I could ever think to spend on a display, but it truly is pro (let’s get straight to it: for today’s Apple, pro mainly means video / photo editing; such an expensive monitor makes very little sense for Xcode) and it really moves the entire world of monitors forward. It’s also a statement I 100% agree with: you don’t need to go ultra-wide, this monitor adds around 17% more pixels in width and 5% more in eight compared to my 2006 Cinema Display 30”, and that just looks perfect to me.

One thing I don’t love: the inputs are not placed in an elegant way, and I find the “Pro Display XDR” name written on the back not very Apple-y: 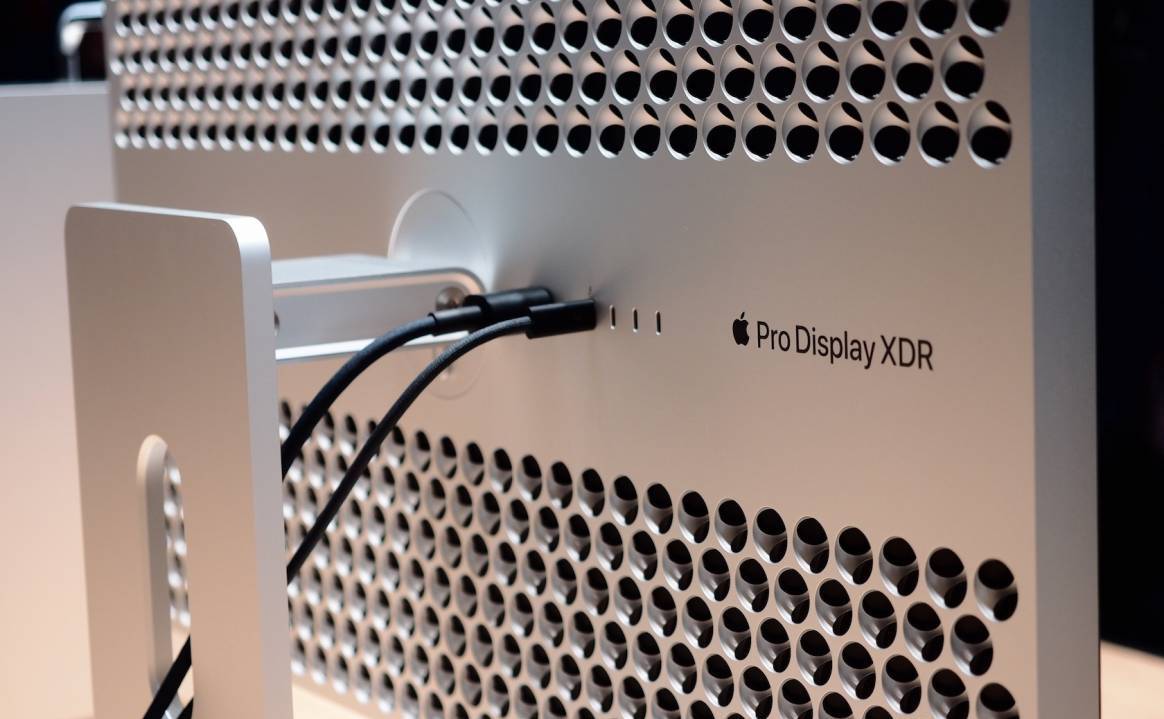 This product brings at least a little closer a similar-resolution, aspect-ratio and size “consumer” display, maybe not from Apple, so - even though I’ll never be able to buy the Apple Cheesegrater Display - I am so happy it exists in the world.

And, now, speaking of unaffordable things… my next post.