GlanceCam 3 launched last week and, for such a niche product, I couldn’t be happier:

So, I’ve decided to celebrate by reflecting on my mistakes in the 2 years that took me to launch GlanceCam 3, or I should say the mistakes I made causing me to take 2 years to ship it.

I’ll try to keep this of reasonable length and actionable to other indie developers:

I sure have made plenty of other mistakes (letting a single feature request derail my plans, allowing a review to mess with my mood, starting work on something before doing the appropriate research and due diligence, leaving marketing to the last few days, even building a whole new website the day before launch…), but this is probably enough introspection for me to go through in one sitting, and for you to read… thank you for coming along, hopefully there was some lesson for you to extract from my mistakes!

Hello visitor from Google, I hope you are well, but most likely you are not, because you are fighting with syncing issues.

I posted this on Stack Overflow earlier today, but it actually also makes sense to have it here on my blog.

In a new app I’m working on, I had syncing issues (not upon launch, when it synced fine, but only during the app being active but idle) in a project that uses Core Data + CloudKit with NSPersistentCloudKitContainer.

My app was built using Xcode’s 11 Master-Detail template with Core Data + CloudKit from the start, so I had to do very little to have syncing work initially:

Basically, I followed Getting Started With NSPersistentCloudKitContainer by Andrew Bancroft and this was enough to have the MVP sync between devices (Catalina, iOS 13, iPadOS 13) not only upon launch, but also when the app was running and active (thanks to step 4 above) and another device edited/added/deleted an object.
Being the Xcode template, it did not have the additional customisations / advanced behaviours of WWDC 2019’s sample project, but it actually accomplished the goal pretty well and I was satisfied, so I moved on to other parts of this app’s development and stopped thinking about sync.

A few days ago, I noticed that the iOS/iPadOS app was now only syncing upon launch, and not while the app was active and idle on screen; on macOS the behaviour was slightly different, because a simple command-tab triggered sync when reactivating the app, but again, if the Mac app was frontmost, no syncing for changes coming from other devices.

I initially blamed a couple of modifications I did in the meantime:

While I was pretty sure that I saw syncing work as well as before after each one of these changes, having sync (apparently) suddenly break convinced me, for at least a few hours, that either one of those modification from the default path caused the notifications to stop being received while the app was active, and that then the merge would only happen upon launch as I was seeing because the running app was not made aware of changes.

I should mention, because this could help others in my situation, that I was sure notifications were triggered upon Core Data context saves because CloudKit Dashboard was showing the notifications being sent:

So, I tried a few times clearing Derived Data (one never knows), deleting the apps on all devices and resetting the Development Environment in CloudKit’s Dashboard (something I already did periodically during development), but I still had the issue of the notifications not being received.

Finally, I realised that resetting the CloudKit environment and deleting the apps was indeed useful (and I actually rebooted everything just to be safe ;) but I also needed to delete the app data from iCloud (from iCloud’s Settings screen on the last iOS device where the app was still installed, after deleting from the others) if I really wanted a clean slate; otherwise, my somewhat messed up database would sync back to the newly installed app.

And indeed, a truly clean slate with a fresh Development Environment, newly installed apps and rebooted devices resumed the notifications being detected from the devices also when the apps are frontmost.
So, if you feel your setup is correct and have already read enough times that viewContext.automaticallyMergesChangesFromParent = true is the only thing you need, but still can’t see changes come from other devices, don’t exclude that something could have been messed up beyond your control (don’t get me wrong: I’m 100% sure that it must have been something that I did!) and try to have a fresh start… it might seem obscure, but what isn’t with the syncing method we are choosing for our app?

2020.12.02 - Update for Users who set NSPersistentStoreDescription to interact with public databases and are noticing delays in the updates.

A few days ago, Ben Radler brought to my attention a behavior that those who use public databases with CloudKit (I was using the private database in the original post) need to take into account when testing:

If you are setting the NSPersistentStoreDescription to interact with the public database rather than the private database (previous default before iOS 14 I believe) via description.cloudKitContainerOptions?.databaseScope = .public, it will only poll for changes from cloudkit every 30 minutes by design (see 10:30 into the WWDC 2020 session video on this topic).

I want to thank Ben for pointing this out, since it might also be a cause for head-scratching when testing CloudKit sync!

Alternate title: TIL Xcode does not symbolicate Mac applications .crash files, that only works for iOS apps.

I made a pretty obscure mistake in GlanceCam 1.3 that lead to a crash during its app review.

I’m very sorry for wasting app review some time (they have been amazing, both understanding and allowing an hedge-case for sandboxing and giving GlanceCam lighting fast reviews, usually less than a day!) , but they have been so kind to attach a crash report and I had to symbolicate it (“Symbolication replaces memory addresses with human-readable function names and line numbers”).

Having done that a few times in the past directly in Xcode, I went straight there, but as I mentioned above, no luck. There’s plenty of resources online on how to do that “by hand”, but I want to point out a couple, very useful, solutions for other fellow developers:

Bob Matcuk’s gist perfectly describes all the steps to manually symbolicate a crash report, including checking the build number; this involves using the atos command in Terminal, which is not bad at all, but it can get a bit repetitive if you want to check more addresses (lines). Tomaz’s Symbolicator is a Swift Xcode project that compiled right out the box (sometimes, with Swift the language fast-paced evolution makes you work a bit before a project from the Internet actually builds) generating a very easy to use command line application that automatically fetches the DSYM files from the Xcode archives and overwrites the crash report with functions and line numbers that a simple human being like myself can actually understand. 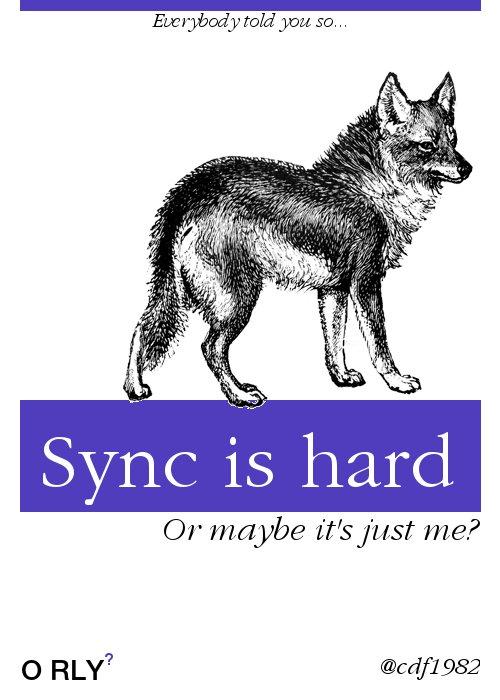