A week ago I received an email from Apple announcing that my third app, Always There, had “won” the outdated apps lottery and would be removed from the App Store in 30 days unless a new update is issued and approved.

While Always There still works perfectly for its small purpose, it never received an updated in almost four years, so I was expecting that someday Apple might knock on my door. This is okay and I have absolutely zero complaints, it’s actually great that they’re keeping an eye on old apps.

There was no rational reason to spend time on updating a very small utility that never surpassed 100 $ in revenue (#devlife 🤑), but I was still willing to try: the app continues to work fine, and is actually more “useful” than ever on iPads now that widgets can be always on screen, so I was considering a small emergency update to officially support the “latest” screen sizes (iPhone X, anyone?) and iOS versions. 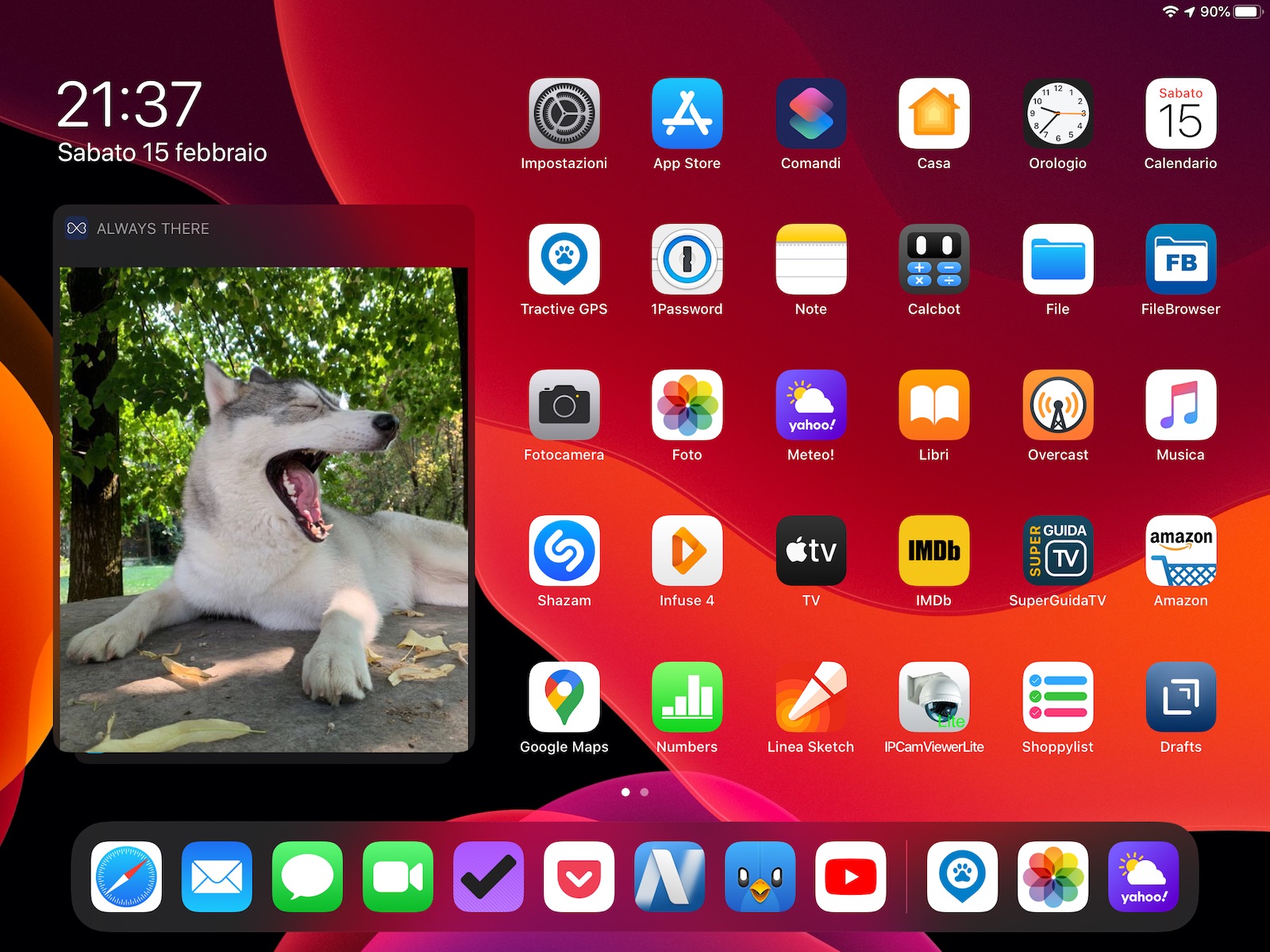 Always There on iPadOS 13, showing the prettiest & smartest wolf ever

Sadly, tonight my intentions collided with the hard reality of early Swift development: the last commit of Always There is a 3-year old migration to Swift 2, but after that I never ported the codebase to Swift 3; so, today I’d need Xcode 8 to migrate to Swift 3, and then a newer version of Xcode to actually finish the migration to the current release of Swift… thing is, Xcode 8 does not run on macOS Mojave, and it doesn’t really make sense to create a VM just for this…

So, Always There will go away in 3 weeks, but it will not leave the App Store with sadness: the app, which used to cost $ 1.99, is now free for everyone to grab, just a small gift to anyone who might like to keep a special photo, ahem, always there…

I expect the app to continue to work for quite some time (it already survived 4 iOS releases with only some minor visual glitches in the preferences view on iOS 13), so it might be a nice addition to your Notification Center or iPadOS home.

I’m less sad seeing this app go away than I was for Tasktic, but I understand letting apps go is part of the process: when I made Always There I was very new to software development (it shows, believe me) and it taught me some interesting skills, so even if it never was a success, I’m still glad it is on my devices and, maybe, after today’s pricing decision you’ll enjoy it on yours too!

Truly for a limited time only (not marketing bla bla, App Review’s clock is actually ticking… 🙃), download Always There free on the App Store!